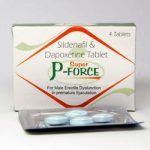 Considered as two medications in one, Super P-force is a medication specially formulated for male users containing the active ingredient Sildenafil Citrate (100mg) and Dapoxetine (60mg) which is used to treat both male erectile dysfunction and premature ejaculation. It is an improvement from the traditional Viagra pills and its equivalent which mostly just treats erectile dysfunction. The drug is for use of men only and shouldn’t be used by women and children.

The drug is available as an over the counter medication and can be purchased without requiring that you consult your doctor. However, if you are taking medications containing nitrates or are unsure of the medication, consult your doctor immediately. The drug works around 4-6 hours and you will lose the erection after intercourse. Moreover, you will need stimulation to get an erection as taking the drug alone is not enough.

Super P-Force is a little different from the conventional Viagra pills and includes an extra feature which is prevention of premature ejaculation. The drug is still not as popular as the Viagra tablets although it is fast gaining popularity and has started receiving reviews from users and is often being discussed in forums. We have found a discussion between the users of this drug, related to an article about Super P-Force. 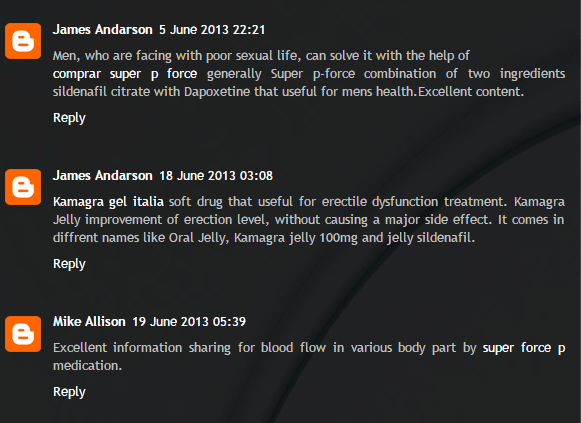 A user named James Andarsan said that the medication had “excellent content” since it can solve a poor sexual life with the combination of Sildenafil Citrate and Dapoxetine.

Another user from US named Edward said that he could never sustain or last long during sexual encounters since he suffered from both erectile dysfunction and premature ejaculation. He was happy to use only one pill for both indications. Tony of US commented that the name of the drug was apt since it has given him “the way to sort out the trouble of erectile or sexual one without any pain or irritation.”

However, in spite of the good comment about the drug, you should practice caution when using Super P-Force. It is not clear if the people commenting have not tried this medication or not.

There are some discussions in forums which question whether it is safe to use the drug or not as there may be more side effects experienced considering that the drug contains two major active ingredients. While there is no mention of any side effects among users, it is best to practice caution and be extra vigilant when using the drug.

These reviews are not trustworthy as they belong to the seller of this drug. It is recommended before making any purchase to look for the independent review sites that can’t be controlled by sellers in order to boost their sales.We have not found any.

The drug is a 160mg tablet which comprises of 100mg Sildenafil Citrate and 60mg Dapoxetine. The average cost a single tablet is around $10.35. It is to be taken at a maximum of one tablet a day at least 30 minutes to 4 hours before sexual intercourse. It is not advisable to exceed the prescribed dosage as this may have an adverse effect on your body. 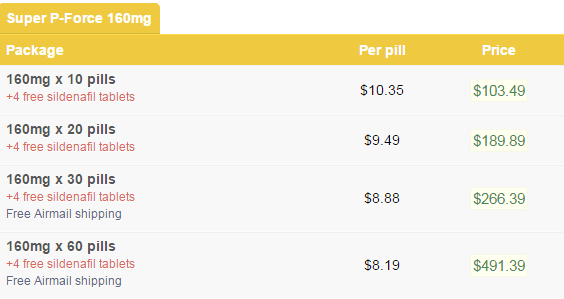 It is quite simple to purchase the drug online as there are several sites that you can purchase the drug from. You can even get discounts for bulk orders. Compare sites in order to get the best possible deals and prices for the drug.

How to Use Super P Force 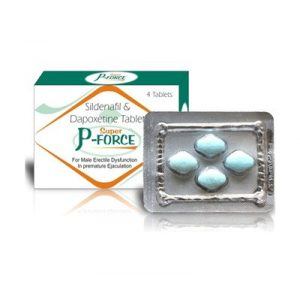 The drug is meant to be taken orally with plenty of water. You can take it with or without meals although it is advisable not to take it when you are full as this would diminish the effect of the drug. Take it around 30 minutes to 4 hours before sexual intercourse. The drug will only take effect temporarily and you will need stimulation before getting an erection.

There are several side effects associated with the use of the drug. The common side effects experienced when taking the drug include heartburn, headache, vomiting, nausea, stuffy nose, nasal congestion, upset stomach and diarrhea. Other more serious side effects such as light sensitivity, loss of sight and loss of hearing may occur. If you experience any of the symptoms, consult your doctor immediately.

Overall Score
Super P Force is a more extensive medication as compared to traditional Viagra pills as this would also treat premature ejaculation. Although it is not as popular as Viagra yet, it is fast gaining popularity. We can recommend the medication provided that you practice due care and be extra vigilant when taking the drug as there may be adverse effects experienced when taking it. Overall, the drug is rated 4 out of 5.
RXLEAKS Review - 4 out of 5 stars by Luiz Antonio Martins
Tags:Dapoxetine,Erectile Dysfunction,India,Premature Ejaculation,Priligy,Sildenafil Citrate,Sunrise Remedies Pvt. Ltd.,Viagra